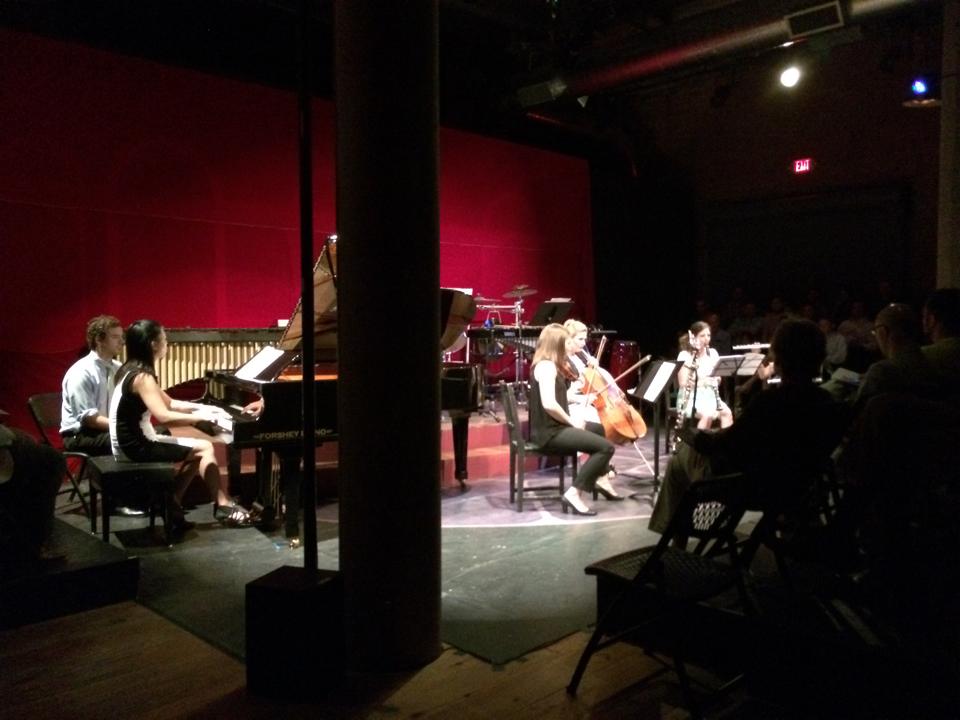 I’m proud to have joined the newly formed Texas New Music Ensemble, which performs works by emerging and established Texas composers. Our inaugural concert was held on August 23rd, 2014, at Studio 101 in Houston, TX, where we played works by Donald Grantham, Pierre Jalbert, Marcus Maroney, and Chad Robinson (also the Artistic Director). It was really fun getting to work with the composers and other performers.

Tags: Amy Glover clarinet Texas New Music Ensemble
« The Composers of Space City
From the Stage to the Canvas »