The Composers of Space City

Posted by: gloverac10 Categories: Archive
Comments Off on The Composers of Space City 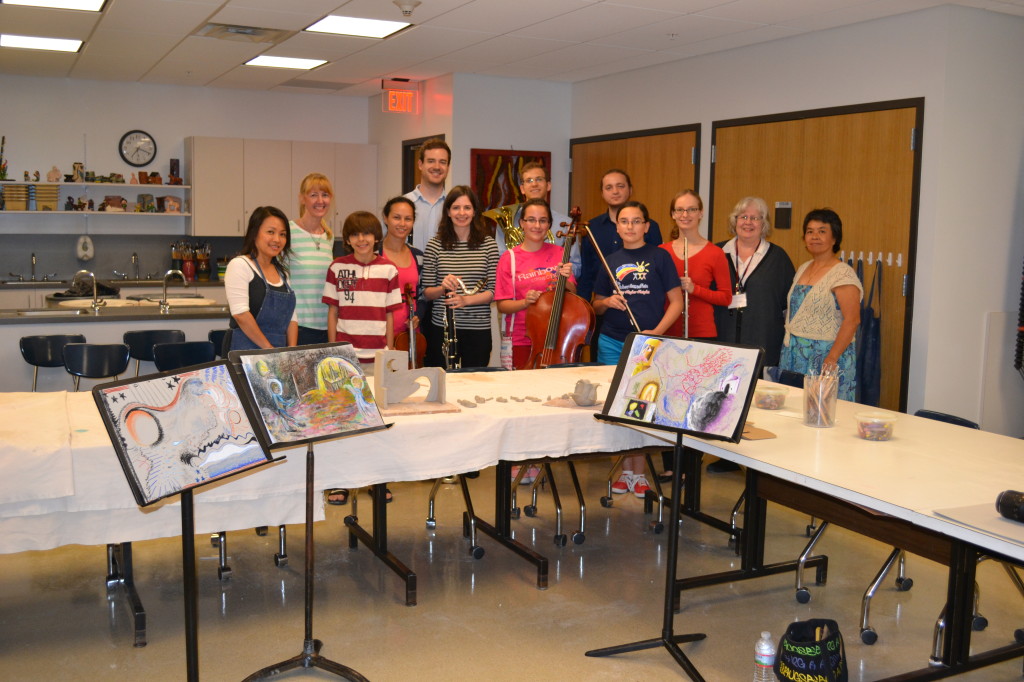 The Composers of Space City is a concert series that I helped organize with my contemporary music ensemble Sound Hive. There were two main concerts in Houston and Austin, which featured works by young Houston composers including Chad Robinson, George Heathco, Josh Vinci, and Jack Benson–along with a piece that I wrote! Sound Hive also visited a University of Houston Clear Lake art class to give an interactive performance of Lost Signals from Moonbase 14 by Josh Vinci, which was one of our featured premieres. The class was made up of both children and adults, and the students made fantastic artwork based on our performance.